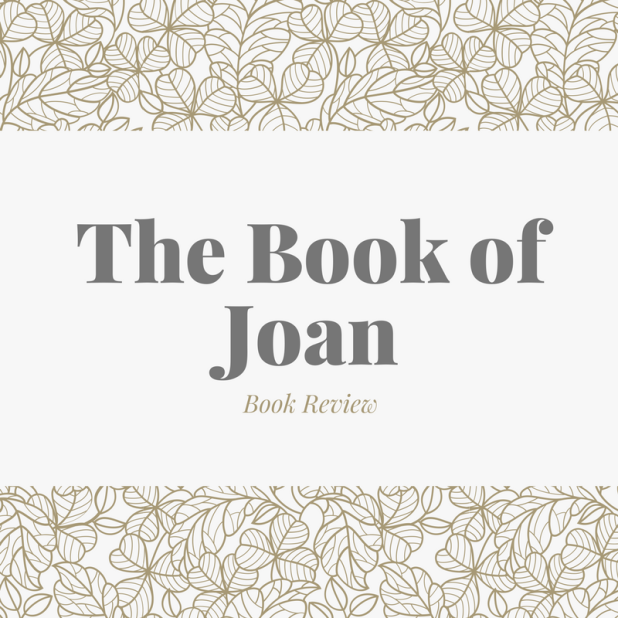 I was distraught when I heard about The Book of Joan. A close friend sent me the review which was recently published in The Guardian, and I simply could not believe my eyes. Lara Feigel describes how “Yuknavitch takes three real people from medieval France and reimagines them in a post-apocalyptic future”. Without giving too much away, I had hoped that a similar sentiment might be applied to my project in the future. Although my medieval sources are not French, Feigel’s description of The Book of Joan as a story which uses a post-apocalyptic setting to reintroduce medieval characters to a contemporary audience encapsulates (at least on the surface) everything I have set out to achieve with my own novel.

I read the review in The Guardian on Friday, and on the same day I purchased The Book of Joan for myself. Over the weekend just past, I have devoured it, initially with the sole purpose of discovering whether or not my WIP was still worth pursuing, or if all my goals had already been accomplished by a more experienced and timelier author. Although I certainly achieved this goal, I also unwittingly discovered a narrative which was at times both beautiful and unbearable in its brutality, and simply impossible to put down.

Let me begin with a brief description, although that is a hard task, as the narrative is densely packed with action (both past and present) which is often alluded to, but not often recounted in full.

Christine lives on a space platform called CIEL, which floats above the dying earth in the year 2049. Only the most elite of the remaining population were able to gain access to this platform, where they now exist as white, papery figures with no genitalia and no human sensations like arousal, pain, or even sweat.  CIEL is ruled with an iron fist by Jean de Meun, who forbids any act even imitative of sexual relations, although both reproductive and recreational sex are equally unobtainable for these human survivors.

Jean de Meun’s nemesis is Joan, a warrior who carries a unique gift with her, bestowed in childhood. Her unique bond with the earth allowed her to lead a group of rebels against Jean de Meun, resulting in a war which very few survived.

What follows is a tale about the unstable link between creation and destruction, the full spectrum of gender, and the relationship between humanity and the earth. The scope of this book is epic, and much is achieved and covered in a relatively short space of pages.

The pace of this novel is thunderous, it gallops at a great speed, adding new characters and rules to the universe with blinding regularity towards the latter half. It can be hard to keep up, and hard to feel that you have understood everything you have read. In particular, the climax was not especially sophisticated, or well resolved, but there were some satisfying plot twists which were worth waiting for in the second half.

It should also be noted that the prose, although very pretty in some scenes, was often vague and laborious to read. The same adjectives were often repeated again and again to describe the same nouns, and many of the characters were prone to long spoken or internal monologues on lofty concepts such a love, death, and the meaning of life. These monologues were very messily constructed and often unclear in meaning, seeming digressive rather than profound.

Overall, my reading of The Book of Joan assuaged my fears. What made me breathe a sigh of relief was the lack of engagement with the medieval origins of the three main characters. There were certainly references and homages paid to their roots, but Christine and Jean’s narratives had very little relevance to the works which they produced in their own lifetimes. The Book of Joan appropriates suitable protagonists from the past, updates and reanimates them to match their setting, but does not simultaneously revive as many of the medieval ideologies, tropes, or symbols as I had anticipated it would.

With all this in mind, I thoroughly enjoyed The Book of Joan. The character of Joan was a particular highlight. Yuknavitch’s exploration of both gender and sexuality within this warrior is not only ground-breaking, but hugely empowering. Joan is a compelling narrator, and it is right that her tale should represent the very core of this novel, for she has the most incredible, unapologetic and unflinching story to tell.

I feel as though, by reading this book, and exploring its strengths and weaknesses, I have passed an important trial on the road to completing my own novel. More importantly, however, The Book of Joan represents a step in a new literary direction which I would like to follow, albeit with my own sense of style.